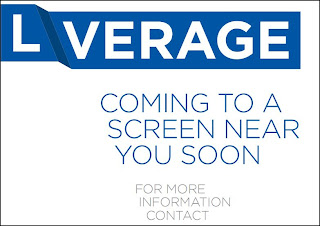 Ari Emanuel: Agency Killer Focused on marketers, WME aims to replace shops
Nov 28, 2010 - by Andrew McMains. Ari Emanuel wants your lead agency status. With the launch of Lverage, WME Entertainment’s latest venture into brand marketing, Emanuel, co-CEO of WME, has set his sights on replacing, not supplementing ad agencies, said sources who’ve discussed the venture with him. To that end, he has surrounded himself with partners like former Omnicom Group vice chairman Michael Birkin who knows the ad game and is well connected with marketers.

In conversations with other potential partners, Emanuel has positioned WME as “more connected” than chief rival Creative Artists Agency and its more established marketing arm, which opened in 1998 after CAA shocked the ad industry by (briefly) overtaking McCann Erickson as lead agency on Coca-Cola. CAA Marketing today operates largely as an added resource for marketers who already have lead shops. As one source put it, “It doesn’t feel like CAA is trying to disintermediate advertising agencies. These guys (at WME), really their goal is to get some big accounts and be the AOR.”

The broader ambitions represent a break from WME’s past efforts in this space via Endeavor Marketing and its chief, Mark Dowley. While Dowley this summer helped introduce Emanuel to players in the ad world, he may not play a role in Lverage, said sources. Endeavor Marketing is now part of Lverage. Dowley could not be reached, and Emanuel, through a representative, declined to comment.

The simple reason, of course, why Emanuel’s marketing goals are bigger this time is that his agency is bigger. WME is the product of last year’s merger of the William Morris Agency and Endeavor, the shop Emanuel opened with three colleagues from ICM in 1995. Additionally, WME now has access to fresh capital via a $300 million private equity fund at The Raine Group, in which the agency has a minority stake. The fund will enable WME to make investments that, in turn, could aid efforts to link talent and brand marketers.

Marketers are particularly alluring to WME these days because their dollars represent a potentially sizeable source of revenue for the agency’s clients. As WME co-CEO Patrick Whitesell said of his clients at Google’s Zeitgeist 2010 conference in September, “We know what their value is to consumers. We know what they are to advertisers. So, the next step is for us is, how can they economically benefit from those things that are out there and happening?” At the same conference, Emanuel added: “We’re having more conversations with advertisers every day, whether it be the P&Gs, the GMs of the world. Almost on a daily basis now, you’re having those conversations.”

To move beyond transactional deals with such marketers and build brands long term, however, WME will likely need more strategic and creative firepower, said sources. That may explain why Emanuel approached former JWT North American president Rosemarie Ryan -- a strategic planner by trade -- and ex-JWT chief creative officer Ty Montague before the duo launched Co: in September, according to sources.

“There’s absolutely merit in finding a way to bring that kind of creative pool together with advertisers and marketing companies,” said a source. “What that (also) entails is really understanding brands, how they get built and all of that stuff. I think they see it solely as a creative endeavor and not necessarily a strategic endeavor as well. And I think you have to do both.”

What is a brand?

A Brand is More than a Logo

Create your own video slideshow at animoto.com.

TMP Worldwide's position as The Digital Brand Authority in the Employment Communications space.

Definition of a brand

A brand is the identity of a specific product, service, or business. A brand can take many forms, including a name, sign, symbol,color combination or slogan. The word brand began simply as a way to tell one person's cattle from another by means of a hot iron stamp. A legally protected brand name is called a trademark. The word brand has continued to evolve to encompass identity - in effect the personality of a product, company or service.